Created by the University of Bergamo in 2013, the project aims to develop a network of European cities sharing some characteristics (small and medium sized, hosting a university and a remarkable heritage, located within close proximity to a low cost airport and a metropolitan area) for a research cooperation on territorial planning centered on a new tourism model. This model named s-Low tourism (which combines low cost mobility with a sustainable use of territory) is taken as the driving force for the territory's economic growth, capable of turning a city hub into a tourist destination. Combining airline connectivity, cultural and natural resources and local knowledge, indeed, we retrieve the centrality of territories as a key force on which to anchor a new business model: an innovative socio-economic system based on micro-entrepreneurship, environmental sustainability and citizen participation (Casti E., Burini F., 2015).

This is in the line with the guidelines of European Strategy 2020, which supports the territories' competitiveness according to the principles of sustainability, innovation and social equality essential for future European policies.

The research provides a double scale focus, international and local, and the creation of three multi-level networks: universities, municipalities and airports. In the first phase of research (2013 - 2014) was set up a network between universities, during the International Conference Centrality of territories held in Bergamo the 4th of March 2014. The Rectors of the universities of the seven European cities involved (Bergamo, Beauvais, Amiens, Cambridge, Charleroi, Girona, Lübeck, Santander) have signed an inter-university cooperation framework Agreement which ended the first phase of the research and entered the second.

In the next phases it plans to create a network of tourism and local stakeholders.

The research has led to the creation of a common methodology based on the interdisciplinary competencies of each research team involved. Through this methodology, it was possible to create an interactive three-dimensional mapping system called "Seven Beauties s- Low" face to show the little-known resources of the territories involved promoting the present initiatives in terms of sustainability. 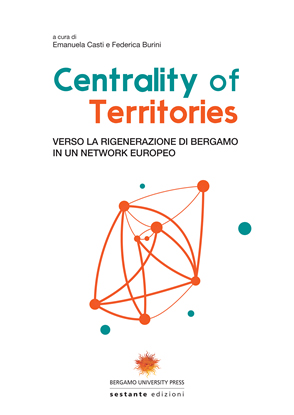 In addition to organizing exchanges as visiting professors, Erasmus agreements and placement projects were drawn up between the universities of the network.